How about another little preview of my current work-in-progress? 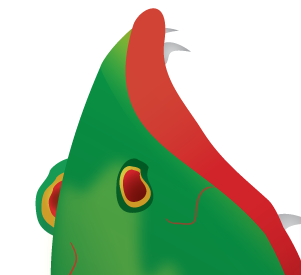 
Naturally, I've been playing The Beatles: Rock Band a lot. Like, a lot lot.

And, just as naturally, I've been listening to everything Beatles I can get my hands on. I've listened to all the newly-remastered albums (so far, only in stereo - I still need to get the mono versions), all the singles, the official mashup album Love (the only good thing ever to come out of Cirque du SoBlecch), a bunch of unofficial mashup albums, and tons of bootlegs, full of the kind of studio chatter and infinitesimally different alternate mixes that only a borderline-autistic geek like myself could appreciate.

I can tell you dozens of supposed clues to the "Paul is dead" urban legend. I can tell you where John's voice breaks in "If I Fell," and where you can barely hear Paul say "fucking hell" in "Hey Jude." I can tell you that the spoken bits in "I Am The Walrus" came from a BBC Radio production of "King Lear" that just happened to be airing while the song was being recorded. I can tell you that the piano chord at the end of "A Day In The Life" is 42 seconds long and was played on three pianos, with John, Paul, Ringo, and Mal Evans each playing the same chord. My Beatlemaniac bonafides are unchallenged.

So, yeah, it's a good time to be a Beatles fan right now. I've been so immersed in all things fab that it's gotten me reminiscing about previous high points in my history with the Beatles.

Naturally, there was the release of the Anthology documentary and CDs in 1996. I was already well-versed in Beatles lore, but this was what sent me down the rabbit hole of Beatles boots. A few years later, when Bittorrent took off in popularity, I started downloading copious amounts of unreleased and alternate material.

The biggest time, of course, was in high school, when, after years of listening to the earlier, poppier material, I bought my first copy of Sgt. Pepper, leading me to investigate their 1967-1970 output. That was a real mind-expander for a sheltered Parkland kid. I made tapes of all those later albums, and would keep them in constant rotation in my '72 Gremlin while delivering pizza. I would often time my deliveries so I could sing along with side 2 of Abbey Road - including "Her Majesty," of course.

Before that, there was a year or two after the death of John Lennon; my curiosity had led me to ask my sister's husband, the biggest music lover I knew at the time, about the Beatles. He obliged by giving me an abbreviated history (appropriately for a 10-year-old) and a tape of his favorite Beatles songs. It included a lot of songs from Sgt. Pepper and Let It Be, most of which went over my young head, as well as part of the "Band On The Run" album from Paul McCartney and Wings.

That was also when I found a trove of mid-60s Beatles 45s at a neighborhood garage sale. These were vintage stuff; there's even the Capital Records single for "Help!" with the legend "from the forthcoming motion picture Eight Arms To Hold You." I still have all these old discs, now mostly unplayable, but I'll never part with them.

Of course, it all began when I was about 4, and I happened to see Yellow Submarine on TV. Yes, even before my first exposure to Monty Python (at age 6), I sat, transfixed, in front of our gigantic old vacuum tube tv, the one that smelled faintly of ozone, having my tiny mind blown by this psychedelic masterpiece. At that age, I had no idea what I was watching; it wasn't until two or three years later, when I saw a newspaper ad for an upcoming airing and recognized the art style as "that weird cartoon I saw when I was little."

So, as I've established, I've been a Beatles fan from a very early age. But I've never told the whole story before. Until now.

You see, there was one crucial element that taught me that there was more to the Beatles than I ever knew. In that 1980-81 period when I was listening to the Beatles mixtape and the old Capital 45s, there was another compilation that spanned the whole wide-ranging history of the band.

For those not familiar: Stars On 45 was a studio project that would release medleys of soundalikes of popular songs, intended to be played in discos and clubs. It was a cheap novelty act, and they've rightly been forgotten by now. But their first album, which I got for my birthday in 1981, included a fifteen-minute Beatles medley. I listened to that thing constantly, giving me snippets of the songs I would eventually learn by heart.

It wasn't perfect; some of the songs were sped up or slowed down to match the mechanical disco beat, and the singer gets a little adenoidal at times. In addition to the Beatles canon, the medley includes George Harrison's solo song "My Sweet Lord," as well as, inexplicably, the Archies' "Sugar Sugar," making me think for several years that that was a Beatles song.

But the fact remains, many of the Beatles songs I know, I first heard as part of that gimmicky novelty song. I love you, you magnificent bunch of anonymous session players. And in the end, the love you take, is equal to the love you make.


When he told his design team that his figure-hugging outfits would be paraded down the runway by size 12 and 14 models, two of his people were apparently so angry they quit.

Look, I'm not some kind size-politics type. But the fact is, if you think this:

Okay, I exaggerate. Don't die. But you do suck and should fuck off. 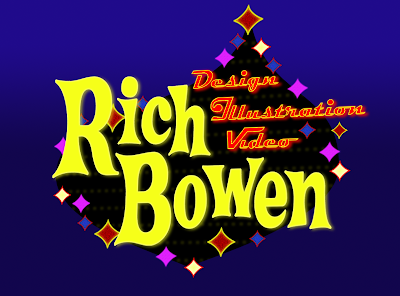 A little preview of what I'm working on. If I don't bugger this royally, I think I may end up being really proud of the final result.