I remember soldiers sleeping next to me...riding on the metro-oh-oh

Since both Angie and Suzy have posted about their opinions and experiences riding the bus, I thought I'd get a few things off my chest about my own transitory (GET IT?) experiences.

My bus to and from the Casino went past both Sea-Tac airport AND the stadium where the mariners lose (thankfully, this was before they completed the giant gordita where the seahawks lose, though the construction of same was a whole subset of anger issues). This meant that not a day went by that I didn't get to experience people who didn't need to ride the bus, who thought they could save a few bucks on parking by mixing with us unwashed bus-riding masses. Picture your typical middle-class family, mom, dad, junior and sis, all with the attendant luggage, which they thoughtfully leave in the aisle between the four seats they take up, for your tripping pleasure.

There were a few occasions where I had to wait at the airport for a transfer. For some reason, I was always the guy people asked where to catch this bus or that bus. On one particular occasion I was accosted by one of those guys who I can tell at a glance represent everything I consider evil in the world; the suit, the briefcase, the pattern baldness, the whole "trading junk bonds makes me better than you," vibe. Mr. Bonfire-of-the-vanities asks me where Bay 3 is. I point to a sign about ten feet away and say "It's right there, where it says Bay 3." Then I stare at him. Hard. Telepathically expressing my contempt for this arrogant, ignorant fuck and everything he represents. He looks over, then back at my carefully practiced stare, stammering something about, "oh, heh heh, guess I should've...*hooh*..yeah," as he hobbles away, metaphorically emasculated.

When you work in such a shit job, you have to take your victories where you can.

Going past the marinerhole was a unique experience, combining the inconvenience of transit with the utter contemptibility of sports in general and sports fans in particular. Again, as the bus slowly made its way through the extra traffic that the city never bothered to plan for (and you know what could alleviate some of that traffic? A fucking MONORAIL), I swear the SAME nuclear families from the airport would get on, again thinking they could save a few bucks on stadium parking, ignorant of every bit of bus etiquette and protocol. I swear to god there was more than one time I saw a family get on, decked out in their mariner caps and jerseys, the kids clutching their ichiro bobbleheads, mom carrying the cooler full of juice boxes and snacks that she prepared so they wouldn't have to pay for stadium food, as the dad would hand the driver a twenty and say "four tickets, please."

And they always seemed to think that being a living sitcom stereotype somehow gave them more right to a seat than the guy getting off a ten-hour shift. They would stand there, staring passive-aggressively at me, while I cheerfully played my Game Boy at them, making a point of not noticing them. You get a seat when you learn the meaning of "exact change," dickmunch.

The upshot, though, is that if I didn't ride Metro I never would have heard the meanderingly anti-capitalist rant the guy made to his friend, that ended with "Seattle is the test-market city for the whore of Babylon." That kind of memory lasts a lifetime. 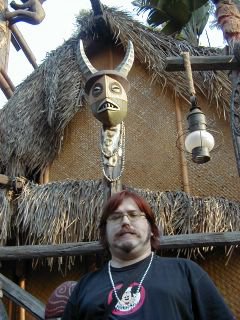 Mowrer, about to have his head shrunk. I'll refrain from the obvious jokes. 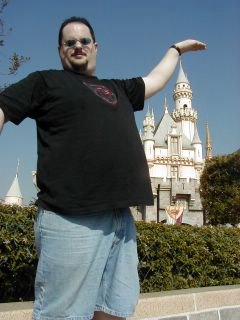 Didn't you know the whole park is only four feet high? 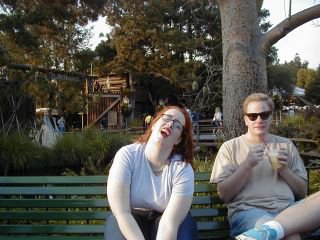 Shelly was tired of having her picture taken. Jack was simply being Jack, as is Jack's wont. 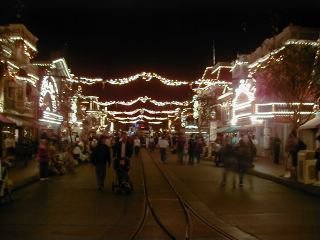 The most gorgeous thing I've ever seen. No, wait, second most... 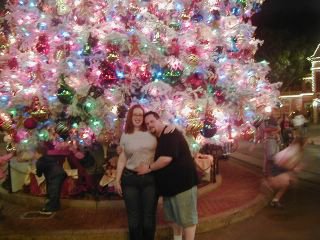 THIS is the most gorgeous thing I've ever seen. 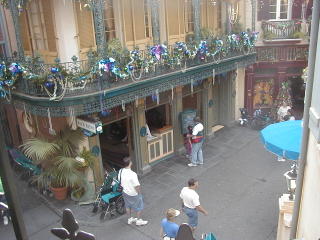 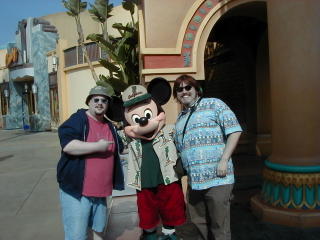 Haunted Mansion Holiday. Churros. Space Mountain. Getting a retro-styled bucket hat with my name embroidered on the back. The bathrooms by the train station in New Orleans Square. Ragging on annoying families with gaggles of screaming crotch-monkeys. Fantasmic. Electrical Parade. That store on Main Street where they do the window dioramas of Disney's latest release. 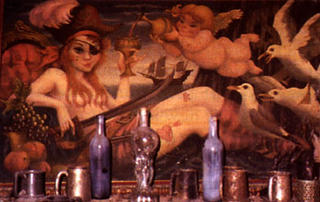 I'm, like, unreasonably excited about getting swanked up for the Blue Bayou. For weeks I've been looking for a basic black blazer--and here's the tricky part--in my admittedly absurd size. Then yesterday, I go into this thrift here in Richmond that I keep forgetting about, tucked away at the back of a vast network of strip malls, and come out with a suit for under thirty bucks.

It's not black. But it's absolutely perfect. I guess I should say something about how you only find what you're looking for when you stop looking for it, but that would be trite, and anyway, that was the plot of LOST last week. 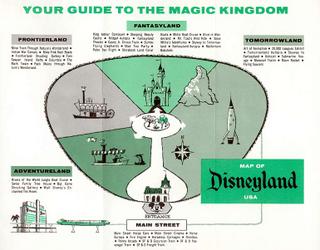 WE'RE TOO EXCITED TO SLEEP! 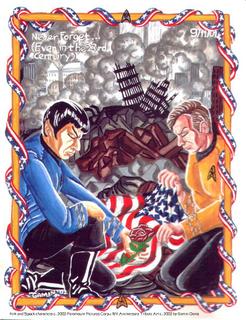 Let there be...oh, you know by now

In case I hadn't mentioned, yes, I'm once again doing The Horror Of The Rocky this year. Most of last year's gang is back, minus the teenage troublemaker and the sex predator Rocky. We also have a pair of new Columbias, both of whom are dancers, and one of whom is my own very talented sister-in-law Vanessa. And no, she's not doing "Hot Patootie" because that would be, y'know, weird.

You know, if any of y'all wanted to come check it out, that would be all right. Just, y'know, saying.

He was best known as the guy who got fired from SNL mid-show for saying "fuck" on the air (see headline), but we will always remember Charles Rocket as Ned Grossberg from Max Headroom.