Time for another You Are Here script; this one is nicely self-contained, and I'm actually considering shooting this one first, as a sort of "proof-of-concept."

I should note that these scripts are appearing as they did when I finished them, unedited and largely unrevised. I'll be going through later and making some changes, to fit better with things I came up with later. Kelly, for example, is now the same age as David. And Amy's sister will be getting a name change. How is it, that in the 7 years since I wrote this particular script, NOT ONE PERSON ON THE FUCKING PLANET mentioned to me that the little sister on My So-Called Life was named Danielle?

In about a week or so, when I post the next one, I'll start getting into my ideas for producing the thing. Until then, enjoy Episode 1-3: The Sandwich Incident.

As was suggested a while back, I've started putting my Disleyland pics up on flickr. Go here for the ones I've posted so far, as well as the full set of my t-shirt collection. More to come (including pics from past trips) after the first of the month.


So I'm trying to order a Christmas present for Le Shelswique on Amazon. I go to the American site, find what I'm looking for, I go to pay, they offer the option to pay with your checking account. Perfect.

Except that it only works for US accounts. The Canadian site doesn't offer that option, and in any case they don't have the item.

You find this a lot; you go to order something online, and the only way to pay is by credit card. What if you don't have a credit card? What if you simply don't want to have to pay interest? How fucking hard can it be to simply go to your bank account, pull out exactly the amount you need, and pay with that?

So there we go. Someone here in Canada, offer a simple way to make payments online using your bank account. Doesn't have to be anything fancy; just put up a Paypal link. Somebody make it happen.


I kinda forgot about my film school media journals. Here's a double dose:

Week 4 – 2002.10.31
Two years ago, I wore my Silent Bob costume (Kevin Smith again—can you forgive me, Anthony?) for Halloween at the casino where I was a dealer. Everyone thought I was dressed as a bum. It was heartening to wear it among a bunch of movie geeks and have them ALL get it.
Completely irrelevant to the topic, but it done me heart proud.
The subject was brought up repeatedly in the documentary of whether or not “true” film noir still exists. I think “true” film noir was, as you said, a product of a time and place. The depression, the war, and the influx of German directors all came together to signify a certain era in filmmaking, kind of the way you can look at action films with a Hong Kong influence and know you’re watching the 90s.
Even though “true” film noir (last time I’ll use that phrase, I promise) is gone, the genre has evolved and continues to thrive. There are the obvious superficial trappings—the wet pavement, the trenchcoats, the shadows through the blinds—but deeper than that, there are the thematic elements that have become so commonplace we don’t even recognize it. How many movies these days have a heart-rending betrayal as their major plot twist? Film noir, at heart, is about horrible people doing horrible things to each other. In these cynical times, that still resonates deeply.
Hey, Kevin Smith wears a trenchcoat. Does that make Clerks film noir?

After a class on Canadian film financing...
Week 5 – 2002.11.7
This was one of those reality-check classes that scares the crap out of me. It’s all very well to fantasize about how cool it would be to be a big time director, but we need kicks in the ass like this to remind us of the business end of it all, and how intimidating it is.
This was also one of those classes that remind me that I’m not from here. I suppose I’m going to have to learn what the American financing process is like.
The trouble is, I’m a big fan of the renegade method--of guys like Robert Rodriguez being a medical guinea pig to make El Mariachi, or for that matter, George Lucas paying for the new Star Wars movies pretty much out of his own pocket, making them possibly the most expensive indie films in history.
Tempting as that route is (I hate business-type stuff) I know I’ll have to suck it up and learn to play the financing game. I guess I’ll even learn about CanCon


So, many of you have read at least parts of this; even more have heard me blither about it over the years. It's time for me to shit or get out of the kitchen.

You Are Here is a series of TV scripts, that may or may not be for TV. It's about a certain time in your life, that gray area between adolescence and adulthood (an area in which many could argue I'm still stuck), when "the rest of your life" ceases to be an abstract concept and becomes something you actually have to think about in concrete terms.

The seeds of You Are Here were planted in 1992, with "Lifestyles Of The Rich and Ferris Bueller," a short that me, Mowrer and a couple other friends at the time shagged together over the course of a weeklong vacation. I got to thinking about where the story of Ferris, Cameron and Sloane could go from there, and around 1994 I realized that my ideas had gone far beyond what John Hughes started in 1986; rather than simply continue his work, I should take my ideas and make them my own.

After several years of my customary hemming and hawing, I wrote the first of these scripts in 1998. Season one was completed by the end of 1999. Season 2 took me until 2004 to complete, despite containing many of the moments that had sat fully formed in my head since the beginning. Five of the six scripts for the third and final season were banged out in the past year, strangely enough. The sixth and final episode is in very slow progress.

So I've been living with this story since I was the same age as the characters. It's time to start making it happen. To kick things off, I'll be posting the first three scripts, which form a nice little introductory story before things really get going. I'll also be discussing my ideas for ways to get this thing made, in some format. What I want is critiques on the scripts, as well as feedback on my production ideas. And, y'know, I hope you enjoy them. 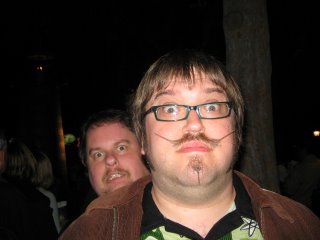 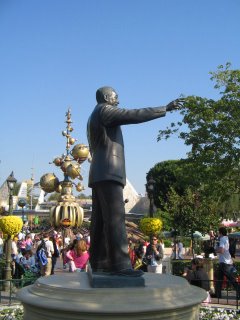 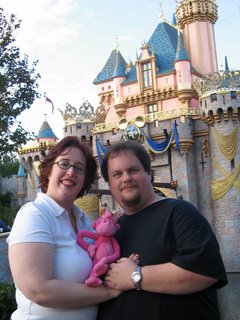