From time to time I get people who tell me I should be closer with my family, that they can't be as bad as I make them out to be. Now, most of you Klubhaus Kids have heard some of the stories, and you know that Tacoma is my personal Nam. For the rest of you, who still think that nobody can be as bad as all that, I give you the following...

When I started my job back in January, I told my dad that my work email was the easiest way to get hold of me, since I'm there all day. What that means is that I still don't get any of the important family news until well after the fact, but I do get forwarded every piece of emailed outrage, ethnic humor, or perverse patriotism that lands in his AOL inbox.

Last week it was a joke, a typical "XXXX is so dumb" type gag that had been given a racist overlay. I deleted it and got on with my life.

Today, though, came one titled "How cruel." The email began with "An 8 year old child caught stealing bread in a market of Iran and he is punished in a public place, in the name of Islam!!! His arm will be crushed and will lose its use permanently. A religion of peace and love, they say? How can anyone believe them when they commit such inhuman acts?" This is followed by a set of pictures, purportedly showing this "inhuman act."

Of course, what was left out, and what I remembered seeing when this story showed up on Snopes, was the fact that it was all a bit of street magic, with the last pic showing the boy hale and hearty.

This happens with most of my Dad's emails; he forwards something he was sent, I reply with a link to the page on Snopes showing that Oliver North didn't actually warn congress about Osama Bin Laden back in 1987, or that those planes forming a flag in the sky were photoshopped, or the big one, that no, Target, like French's Mustard, is not owned by the French.

So like usual, I send on the Snopes link, with a few relevant excerpts from the article. I considered politely requesting that racist bullshit be sent to my home email rather than work, but thought the better of it.

A little later comes the response from Fundamentalist Brother:

"I figured it was staged. That doesn't change my course of action though.
We must still slay the infidels in the name of OUR God. Fervor is important, facts don't matter."


Slay the infidels in the name of our god. And people wonder why I won't go into his house.

So, yeah, maybe there are families out there that are worth being a part of, but mine is not one of them. Any sense of family values I once had died the day I had to say to my brother, "can you please not point that gun at me?"


The Welcome Home party for Shelly will be August 12th. Time TBD, location most likely the Mowrer home. Belated presents for my b****day will be accepted as well, but are by no means required. Details to follow.

See the famous scene from the Brady Bunch where Barry Williams was stoned out of his gourd. No doubt posted in honor of yesterday's tenth anniversary of the premiere of the Movie Geek Show.

Don't feel bad, I forgot too.

WILL BE COMING TO SEATTLE EARLY AUGUST STOP.

In more interesting news, you may have heard that Shellswick's visa interview is scheduled for Monday the 24th. Assuming they don't decide she's some kind of gay commie terrorist, she'll be here in early august. I say it's about time. I don't think it's unreasonable to want my, y'know, wife to live in the same country as me.

There was some confusion last week when I opened my mail and found the exact same form that she had just sent in two days before. Turns out this one was the application for her Green Card, the one that will allow her to be a permanent resident, to get a job and not have to get something called an "alien parole" if she needs to go back to Canada.

Here's the kicker, though: with her visa, she can't go back to the GWN without this Alien Parole thingmy. But her Green Card interview is supposed to take place in Montreal, which I've just learned is in Canada. So does she need the Parole to go to her interview? Does she have to stay in Montreal until she gets her green card? Is the government an ineptly run bureaucracy at odds with itself? And what about Naomi?


So as you know, Cartoon Network has unceremoniously dumped Justice League Unlimited and Teen Titans, which suxxors all around. But one bit of good news is with the end of the series, the spinoff comic Teen Titans Go! is free to use a character who was too tied up in licensing issues to appear on the show.

Those of you who don't recognize Donna may go about your business. 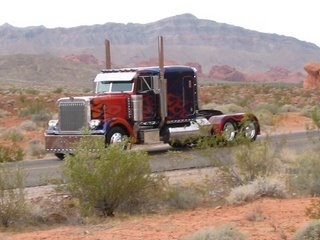 *waiting for that cease-and-desist letter from Paramount...*

"I'm tight on time too, I don't have time for bitches"

For the first time ever, Adam Carolla earns some respect.


My iTunes here at work, which I keep on shuffle, has decided that every third song I hear should be a christmas song. Thanks to apple, I can now start loathing christmas as early as july. Thanks, apple!