Representin' for the 2-aught-six, y'all!

The plan was, we pick up the truck saturday morning, finish loading by mid-afternoon, I head back to Seattle and we unload sunday morning. That, of course, went like all the best-laid plans of mice.

Friday afternoon, we're waiting for them to call to tell me where and when to pick up the truck. Finally I call them and get told they'll call saturday morning by 9. Well, shit, that's still early enough to get a good start.

Then saturday morning comes, 9 o'clock rolls around, and no call. So I call them again and get told that they're just opening, and needed time to inspect the returned trucks. So why was I told I would be called at 9? "Oh," says the perky skank on the other end, "whoever told you that must have been new."

So I call back later. And later. And finally around 11 they tell me there's a truck waiting for me in Port Moody. Picture driving from south Seattle to Lynnwood without taking the freeway. That's about the distance from Richmond to Port Moody.

We had booked a 17-footer. The truck they gave us was 24 feet. The good news is they didn't charge us for the upgrade. The bad news is we needed it. I don't know if you know this, but me and Shellswick have a lot of crap.


It all makes perfect sense now.


And welcome to the Blogosphere, my kittykat. 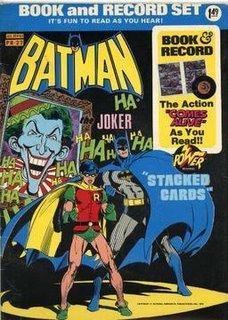 Ever wonder what I was listening to as a kid, when I should have been listening to rock and/or roll? Take a look here.
Copyright 2004 Rich Bowen

I predicted a while back that the current season of the Gilmore Girls would be as controversial among fans as season 6 of Buffy; that people get antsy when things get downbeat, however realistic or necessary it might be.

I really hate being right.


Try Squagels! Yeah, look at that shit, it's square, not round, it's HIP TO BE SQUARE! Don't be oppressed by the tyranny of round, that's for your old man, man! It's SQUARE, motherfuck!


Here's a question one of you might be able to help me with: Exactly what the fuck is wrong with me?

I spent the weekend up there in BC, doin' the Valentine thing. I get back and I find out that I forgot all my toiletries, leaving me without shampoo, deodorant or toothpaste this morning. I also find out that I left my multitool...somewhere. Possibly in BC, possibly on the bus.

But it doesn't stop there, oh no. Tonight I had an appointment to see our new apartment. I had brought my camcorder down so I could take pictures but hey, guess what, I didn't pack the battery. Well, hey, no problem, we bring Chris'. But when we get there, the guy I'm supposed to meet isn't listed in the building directory, and the piece of paper in my wallet that I thought was his number is some random 8-digit number that I apparently pulled out of one of my more interesting orifices.

So that's four major things forgotten in two days. That's on top of losing my ATM card at the bank machine, don't forget. Seriously, I'm just gonna put on a Depends and get into bed permanently, because I fucking give up.


This is going to be the most funnest thing ever. Hail to the king, baby!


So, Bryce Dallas Howard (daughter of Ron), is playing Gwen Stacy in Spider-Man 3. A natural redhead, she's dyed her hair blond for the part. Bearing in mind, of course, that Kirsten Dunst dyed her blond hair red to play Mary Jane.

Seems there could have been a more straightforward casting solution, but hey, what do I know? My only question now is how exactly she's gonna get pasted.


So then there's the matter of where we're gonna live.

I hate apartment-hunting. Left to my own devices, I get stuck with tiny little drafty boxes in buildings with fascinating cross-sections of humanity. It always seems that when I'm apartment-hunting on my own, it's at a time when I'm working long hours with seemingly longer commutes, and having to schlep to these places without a car.

Fortunately this time, despite the similar employment/transportation situation, Angie has been putting her considerable skills to hunting down leads and making appointments, so that I don't have to put everyone around me out too much. Debbie was a big help too, arranging to see a couple of place in her and Scott's (and Liam's!) building.

And as of today, barring any forgotten skeletons in our credit closet (more about that in a bit), I think we got us a place. Paperwork has been filled out, money has changed hands, all that's left is to, y'know, see the place and sign.

We had been told about an apartment on the ground floor of the building, that's a bit bigger but not too much more expensive than what we have now (and if I could simply bring that apartment down with me, I so would). But there was some variation on that old game involving walnut shells and a pea, and now we're on the third floor--we're-a movin on up!--in number 314.

Which, oddly enough, was the number of our first apartment in BC. Unit 314, the Pi Palace. Mmm, pi.

Oh, and I left my Canadian ATM card in the machine this morning. They found it, and I'm getting it back saturday, but man, you see why I need people doing the thinking for me?